Welcome to the EELA EELC Updates, an online database of judgments of national courts, the European Court of Justice and the European Court of Human Rights in the field of employment law. In addition to case law, we also bring you the occasional articles and news items. For more information, please click here.

The Belgian Constitutional Court has judged that the differences in treatment between blue and white collar workers regarding notice periods and sick pay are discriminatory. It gave the legislator a deadline of 8 July 2013 to harmonise the statutes relating to blue and white collar workers in relation to notice periods and sick pay. This eventually led to the Act of 26 December 2013 which provides a thorough modernisation of Belgian termination law and has pensioned off the well-known ‘Claeys formula’.

The reference for a primary ruling is inadmissible.

The Court of Appeal has confirmed that a homosexual employee who had chosen to reveal his sexual orientation to colleagues at a previous workplace could not claim that he was unlawfully discriminated against or harassed simply because he was not able to choose how and when he could reveal his sexual orientation to other colleagues. However, ‘outing’ someone without consent could amount to discrimination and harassment in other circumstances.

If, contrary to that hypothesis, cash benefits relating to the risk of reliance on care are provided for under the legislation of the Member State of residence, but only at a lower level than that of the benefits relating to that risk from the other pension-paying Member State, Article 27 of Regulation No 1408/71 […] must be interpreted as meaning that such a person is entitled, at the expense of the competent institution of the latter State, to additional benefits equal to the difference between the two amounts. 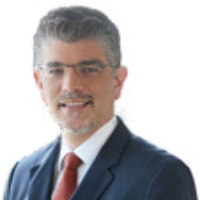 2011/7: Discriminatory termination in probationary period can lead to claims for damages (GE)

Although the German Law on Dismissal Protection does not apply during an employee’s initial probationary period, this does not prevent an employee whose employment has been terminated during this period from bringing a claim for damages as a result of discrimination.

The French Supreme Court has validated the principle of lump sum agreements in days (forfait jours)1, despite opposition from the European Committee of Social Rights.

2012/8: Posted workers may benefit from the application of Belgian law (BE)

The Belgian courts have jurisdiction over foreign employers who post their workers in Belgian territory. Belgian law on temporary work, temping and the lending of employees constitutes mandatory law within the meaning of Article 7(2) of the Rome Convention (now Article 9 of “Rome I”) and thus applies to posted workers on Belgian territory, notwithstanding any choice of law to the contrary. If the legislation is not complied with, the employee will be deemed to be employed by the receiving company under an open-ended employment contract subject to Belgian labour law.

Under UK disability discrimination legislation, a proposed adjustment does not need to have a ‘good or real prospect’ of removing a disabled employee’s disadvantage in order to be regarded as reasonable. It is sufficient that there is merely some prospect that it will succeed.

Remuneration for stand-by periods, during which an employee is simply asked to be available by phone in order to answer urgent calls, without the obligation to be at a specific location or to perform his habitual tasks, need not be equivalent to the remuneration for active working hours.