On 20 June 2019, Vilnius Regional Court in Lithuania (instance of appeal) delivered a decision in a case where the applicants claimed that a temporary employment agency, UAB Manpower Lit (the ‘Agency’), which recruited temporary workers (‘claimants’) for the European Institute for Gender Equality (‘EIGE’), paid them lower salaries than permanent staff. It was ruled that the Agency had discriminated against these workers by paying them lower salaries than they would have received if they had been recruited directly by EIGE. The Court also ordered the payment of pay arrears for a certain period to the temporary staff.

A contract between the Agency and EIGE concerning the supply of temporary staff was concluded. The terms of the contract stated that the need of EIGE’s temporary staff were related to assistance for permanent staff, helping them with an increasing workload and replacing absent permanent staff workers. EIGE’s temporary workers turned to a labour disputes commission, claiming pay arrears for their work period (between one and two years) at EIGE. Five temporary workers asserted that they had been paid about 700 euros monthly at EIGE, compared with almost 2,000 euros paid to permanent employees with the same level of education and work experience. The claimants relied on Directive 2008/104/EC of the European Parliament and of the Council on temporary agency work and Article 75(2) of the Lithuanian Labour Code implementing Directive 2008/104/EC. Article 75(2) states that a temporary agency must ensure that a temporary worker’s remuneration for work done for a user enterprise be at least as much as the remuneration that would be paid if the user enterprise had hired the temporary worker under an employment contract at the same workplace. There is an exception in cases where temporary workers employed under permanent temporary agency employment contracts receive remuneration from the temporary agency between assignments to work and the size of this remuneration between assignments to work is the same as during assignments to work.
The Agency and EIGE asserted that they had not violated the European rules and provisions of the Lithuanian Labour Code which require the same pay for the same work at institutions, because the EIGE’s permanent employees had different functions and also had gone through a different recruitment procedure.
Both the pre-trial institution (the labour disputes commission) and the court of first instance delivered decisions in favour of the claimants. The Agency and EIGE then appealed to the Vilnius Regional Court (the ‘Court’). The Court upheld the decisions of both the labour disputes commission and the court of first instance.

The Court dismissed the arguments of the Agency and EIGE that the claimants’ employment rights had not been infringed because the user enterprise (EIGE) did not have that specific type of permanent staff and therefore – according to the Agency and EIGE – there was no object of comparison when it comes to the question concerning claimants’ equal pay. The Court noted that the guarantee of non-discrimination of temporary staff under Article 5(1)(a) of Directive 2008/104/EC does not require a comparison of the remuneration of temporary staff with that of other (permanent) staff directly and actually employed by the user enterprise. Pursuant to Article 75(2) of the Lithuanian Labour Code, it is only necessary to determine what remuneration for a temporary worker would have been hypothetically paid if they were directly employed by the user enterprise.
The Court also considered irrelevant the EIGE’s argument that, because of its specific legal status, the EIGE cannot directly employ employees who would not have the status of officials of the European Union. The Court emphasised that, hypothetically, these directly employed employees needed to be considered as officials of the European Union with equivalent remuneration. According to the Court, this would be a suitable comparison for the purpose of resolving the issue of discrimination concerning equal pay in this case.
The Court noted that the claimants were not and could not be recognised as officials of the European Union within the meaning of the Staff Regulation of Officials of the European Union, but they were in fact performing the duties and functions of EIGE’s permanent staff. It was apparent from the employment contracts of the claimants that these temporary workers were required to have very high levels of qualifications. In essence, all parties in the case – the claimants, the Agency and EIGE stated that temporary workers were performing tasks replacing or assisting specialist permanent staff. Besides, EIGE and the Agency lacked official identification concerning specific job functions for temporary workers, which did not allow for a mechanism to prove the actual difference between the functions of temporary and permanent staff.

One of the main disputes in this case is whether Article 5 of Directive 2008/104/EC, which was transposed into national law by Article 75(2) and other provisions of the Lithuanian Labour Code, applies to the situation at issue in the present case, having regard to the fact that the temporary workers were used by EIGE, the European Union agency.
In fact, the Court stressed that the direct application of Directive 2008/104/EC is not relevant in the present case. The legal rule important in this case is set out in a national legal act – Article 75(2) of the Lithuanian Labour Code and these provisions are sufficient to resolve the dispute. It should be noted that provisions of the Lithuanian Labour Code concerning non-discrimination of temporary agency workers do not provide any exceptions from the application of this principle. The rule that a temporary agency must ensure that a temporary worker’s remuneration for work done for a user enterprise be at least as much as the remuneration that would be paid if the user enterprise had hired the temporary worker under an employment contract at the same workplace does not provide any exceptions concerning the status or specific economic activities of the user enterprise.
The second main aspect of the Court’s argument is that it interpreted how the remuneration for temporary workers should be “at least as much as the remuneration that would be paid if they had been recruited directly by the undertaking”. This provision means that remuneration for temporary workers should not necessarily be compared with the remuneration of an actual worker of the same position employed directly at the user enterprise, but rather with the hypothetical remuneration which would have been paid to temporary workers if the user enterprise had hired them directly, taking into account requirements for qualifications and actual tasks and functions performed by these workers.

Comments from other jurisdictions

Finland (Janne Nurminen, Roschier, Attorneys Ltd): In Finland the protection of temporary workers required by Directive 2008/104/EC has been arranged differently from Lithuania. Finland has made derogations to principles of equal treatment of temporary workers in accordance with Article 5(3) of the Directive. In Finland the protection is mainly provided through Collective Bargaining Agreements (CBAs) which are the instruments typically setting out general minimum terms and conditions in the Finnish employment law system.
The Finnish Employment Contracts Act (55/2001, as amended) sets the order of application for sources of temporary workers’ terms and conditions. Accordingly, only if the temporary work agency that hired out its employee is not (1) bound by a CBA due to the Collective Agreements Act (436/1946, as amended), nor secondarily (2) required to observe a generally applicable CBA in its employment relationships, at least (3) the provisions of the CBA to which the user company is bound by the Collective Agreements Act (436/1946, as amended) or secondarily (4) a generally applicable CBA shall be applied to the employment relationship of the temporary worker. If none of the previously mentioned CBAs exist, only then (5) the minimum terms and conditions of the temporary workers’ employment are compared to the agreements and practices generally applied in the user company.
Therefore, if similar claims were made in Finland by the temporary workers towards the employer and the user company would be bound by a CBA (due to the Collective Agreements Act or general applicability), no comparison to the user company’s practices or generally applied terms and conditions would need to be made.
Further, the Finnish Employment Contracts Act obliges employers to treat all employees equally, unless deviation is justified in view of the duties and positions of the employees. The obligation to treat employees equally is generic in nature and no discrimination grounds are required. However, the obligation to treat employees equally does not extend to include employees of another employer entity. This means as a starting point that the unequal treatment cannot occur by providing the company's own employees with different remuneration and benefits than temporary workers who are in fact employed by the temporary work agency not the user company. In view of the Non-Discrimination Act, the fact that there are two different employers could mean that no meaningful comparison can be made between the remuneration of temporary workers and the user company's own employees. 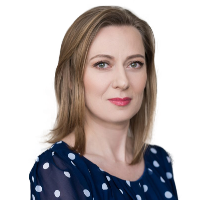